10 months ago · partincare · Comments Off on Friendship Has No Age Limit!

Friendship Has No Age Limit!

The Value of Intergenerational Friendships 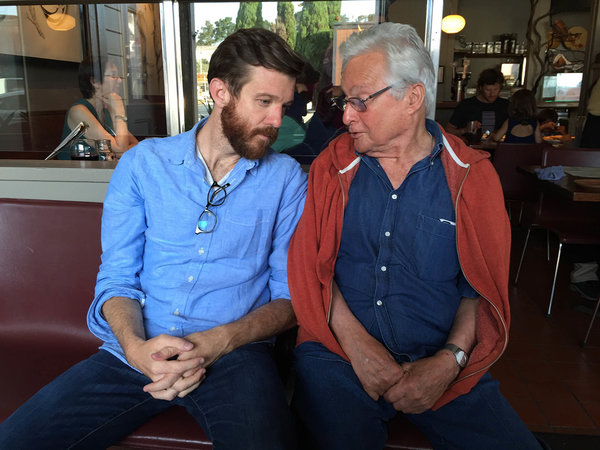 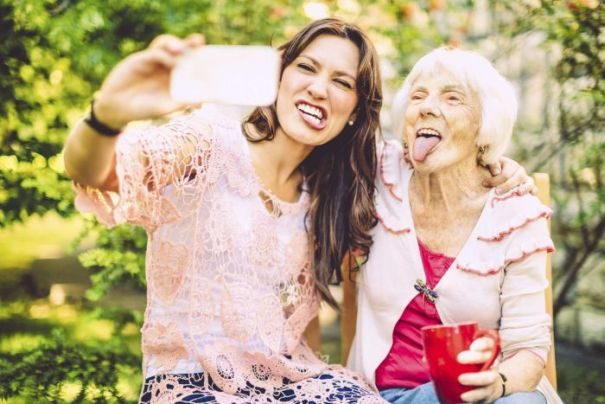 Genuine friendship, regardless of age, brings about so many wonderful things to people. For one, there is an opportunity for people who have intergenerational friendships to share their knowledge. Undeniably, seniors have gone through so many experiences that the younger generations can only read about in books, including something as simple as using a payphone to call home. Intergenerational friendships enable older people to share firsthand knowledge, leave a legacy, and impart wisdom.

And this is not a one-way-street. Even the younger generations can share valuable knowledge to seniors, like teach them how to create social media accounts and engage on Facebook, Instagram, and Twitter. Older individuals will also enjoy learning how to use an iPod to play their old favorites.

Intergenerationalal friendship is also a way for an individual to broaden their support system. As we get older, we experience losing some of our family members and friends. When we build relationships with younger generations, this enables us to offset the feelings of isolation and loneliness that may lead to depression in senior individuals who have lost their love ones.

Improved overall health is another benefit of intergenerational friendships. In fact, older adults who spend time with children are able to burn 20 percent more calories per week. Also, seniors who engage with younger generations are also less likely to experience a fall and tend to perform better on memory tests. You could say that being with younger people keeps one young!

Here are just five stories from #DisruptAging that prove age is no barrier to a beautiful relationship.

Tracy Schorn, 52, met Yoma Ullman, 83, in 1994 when they were both editors at the Center for Strategic and International Studies (CSIS) think tank in Washington, D.C.

“Yoma, who is British, was exotic, like her name (which is Burmese for ‘mountain’). She grew up in Burma when it was still a British colony — witty, self-deprecating, independent. I liked her immediately,” Schorn says. “I’d only worked at CSIS for a couple months, and she gave me a packet of saffron as a Christmas gift. So practical! And quirky. Much like Yoma.”

Why are they such great friends? “A shared approach to life, I think. And some shared adversity — different generations,” Schorn says.

When Schorn was going through a divorce, Ullman, also divorced, was her rock, the one who stayed by her side through every court battle.

“Yoma has set an example of what it is to reinvent one’s life. As an only child during World War II, she was evacuated from Assam, India, without her parents and sent to Darjeeling with a nanny,” Schorn says. “At 9, her family went to England and her parents left her there at boarding school and went back to India for three years, as was the common English practice.”

Ullman made the best of her new life in a new land. Years later, after her divorce, she remade herself yet again, with two daughters in tow. More recently, she reinvented herself as a photographer after retiring from CSIS. She says she still loves working and learning all she can, while also doing tai chi every day.

“She’s a good example of living right,” Schorn says. “I love her.”

Craig Triplett, 59, met Nancy Flores Picado, 32, more than 10 years ago, when they worked together at a small educational nonprofit in Virginia.

“She was hired as a receptionist, and she and I began talking when I’d pass by her desk. We eventually took up weightier topics, and I even helped her plan her wedding,” Triplett says. “English is her second language, and I’m a former college-level writing teacher, so I also helped her get through her undergrad writing courses. I also helped her study for her citizenship exam.”

He says they make an unlikely pair, as he’s from a small town in the Midwest and she emigrated from Honduras when she was in high school.

“I once told Nancy that my favorite Spanish word is ‘abuela’ because I’ve heard it spoken so often with such reverence and love. Nancy replied that she ‘feels sorry for the gringos’ because we don’t understand the importance of family. LOL,” Triplett says. “I was married many years ago, but I’ve been alone a long time now, and I never had children of my own.”

As a result, Picado pretty much adopted him as a family member.

“She now has two children, Camila, 3, and Gabriel, 1, and I feel a bit like a grandpa (an abuelo!) when I visit,” Triplett says. “I take sustenance from the connection I’ve made with Nancy and her family. And Nancy has made it her mission to marry me off! But she has to approve. She doesn’t want me to be taken advantage of. LOL.”

“We just connected. Ariel is a lovely person, truly … beautiful inside and out. I give her rides when we work the same hours … she never asks. She is unassuming and appreciative,” Phillips says. “She is nonjudgmental and laughs at my silly stories. She’s very good at listening, and I’m very good at talking … it’s the perfect friendship!”

After work and on weekends, Phillips even gave Ariel driving lessons; Ariel passed her driving test — on the first try.

“She is just a breath of fresh air … she has a positive outlook, going to college to assure a better job in her future,” Phillips says. “I always look forward to seeing her and know I will get a hug. I adore her and hope we are friends forever.

“And now I realize you can have a dear friend of any age,” she says. “I told her she is my best friend!”

“About 40 years ago, when I was in my late 30s, my neighbor, who was in her mid-60s, reached out to me and asked me over for coffee and drinks in the late afternoon, and invited me on excursions to the botanical garden,” Westring says. “I probably would not have initiated the friendship for she was my mother’s age and I had a busy life and a circle of friends. But her friends were dying or leaving the area and she set about identifying people she liked and began to ‘court’ them.

“She is now 105 and is as fun and interesting as she has always been and her ‘young’ friends are in our 70s,” Westring says. “I have lots of good memories and lots of good stories about our wonderful friend. She and I share the same humor, a sense of the ridiculous.”

What do they like to do together? Every year they visit the Planting Fields Arboretum on Long Island to see the camellias in bloom.

“Dorothy has always packed a lunch and it was always the same: peanut butter salad sandwiches (peanut butter with green pepper, celery and onions), chips, tomato juice, coffee and cookies,” Westring says. “Apparently she had a circle of friends that ate that same menu when they got together and called themselves the PBS club — the Peanut Butter Salad Club. She made me an honorary member.”

Marcia Daniels and Her Tennis Team

Marcia Daniels, 69, doesn’t have just one friend that is much younger … she has a whole tennis team of younger friends.

“I’ve been a competitive tennis player for over 50 years. I play on an 18-and-over tennis team. There are two of us that are older. Yolanda Miranda is 70. She and I competed against each other in high school in the 1960s,” Daniels says. “But other team members are in their 20s, a couple are in their 30s and one is in her 40s. We practice once or twice a week and typically have a match against other teams once a week.”

A few years ago, the team participated in a tournament in Tucson and decided to stay an extra night.

“At one point, several of us went to In-N-Out Burger for milkshakes and burgers by the pool. I remember being emotional that night after playing water volleyball and some beer pong, and telling the girls that my wish for them when they are my age is that some wonderful young ladies would treat them the way they had treated me,” Daniels says. “We play together, dance together and just plain have fun. Tennis is great for health and socialization and the competition keeps us going. My life is so rich because of these young women.”

These stories can be found on AARP #DisruptAging June Newsletter

and Live Your Retirement Blog